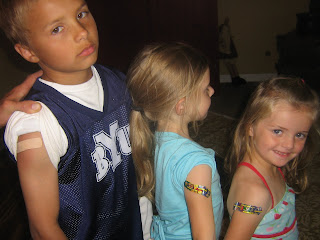 Tay was forced for this picture!
Shea is still smiling.
Tye wants to forget the whole thing.
Thursday morning I decided that I should take my kids to get their flu shots. The previous morning my doctor said that it would be a good idea. So that morning I started to get everyone ready for school, and the whole time I was trying to figure out how to break the news. One side of me said, just show up at the doctors office. The other side said I should prepare them. I decided to go with preparing them. That was not a good choice. Immediately Tye bursts into tears, Tayden said "no way", Shea just smiled. I told Tayden that football hurts a lot more than a shot. So he no longer complained. Tye is still crying at this point and getting louder and louder. So we get into the car, after a lot of protest. Shea is still smiling at this point. We arrive at the doctors office, everyone gets out of the car, except for Tye. So I quickly bribed her and she slowly got out of the car. She is crying very loud, and she is normally a very quiet person. Tayden goes first and flinches a little. Shea gets up and smiles through the whole thing. All the while Tye is getting ready to sprint to the car. The office manager catches her and holds her. Tye is freaking out and when the nurse gives her the shot, she stops crying in the middle of it. So the moral of my very long story is...
no preparation needed.
at 1:24 PM 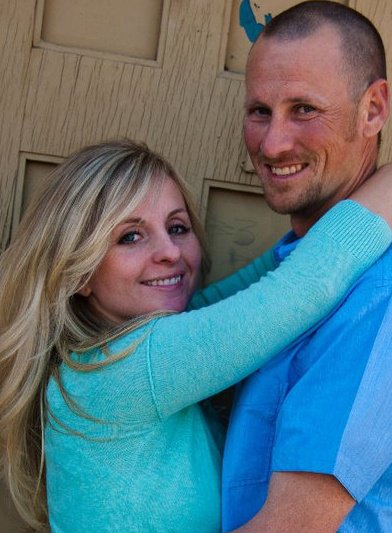 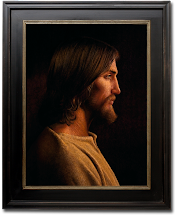